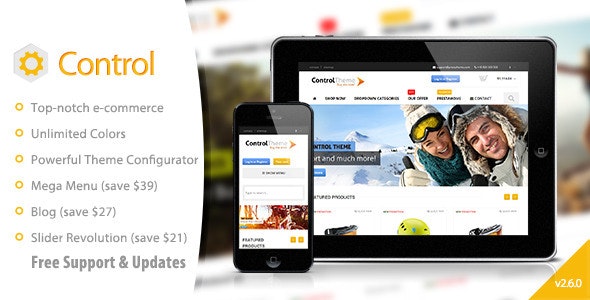 Control is multi-purpose, fully responsive, clean and elegant PrestaShop theme. It’s our first time, we want to provide you fresh ideas and solutions, we waiting for Your feedback and We promise make the “Control” one of the best themes on marketplace in PrestaShop category.

Why Control? Save over $100 by getting 4 premium modules for free

We offer customer support through our ticket support service. In order to use this service you will need to register with your Item Purchase Code. This is available from your downloads section on Envato.

Be sure to check out our faq’s section we may already have an answer for your question.

Please note: We do NOT provide support in the comments section of ThemeForest