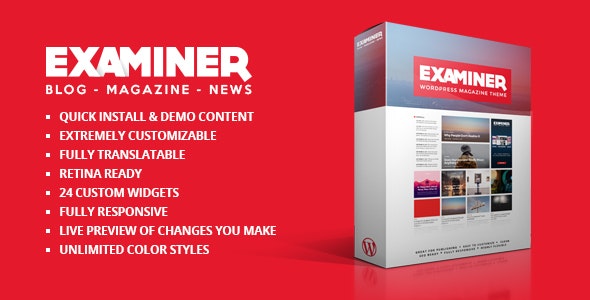 Examiner is the latest of our WordPress magazine themes. The time spent developing Examiner’s predecessors has helped us create the best magazine so far. Everything our users loved about our magazine/news themes over the past few years has been seamlessly implemented in Examiner.

You can publish articles, reviews, blog posts and more with ease like never before.

Examiner is the perfect theme for publishers, bloggers and people who have passion for particular subjects and want to share their thoughts with the world.

We also offer friendly support, and we are keen on listening on our users needs and implementing good ideas in future updates.